Smart Camera Trend in the Future

You are here: Home1 / insight2 / Smart Camera Trend in the Future 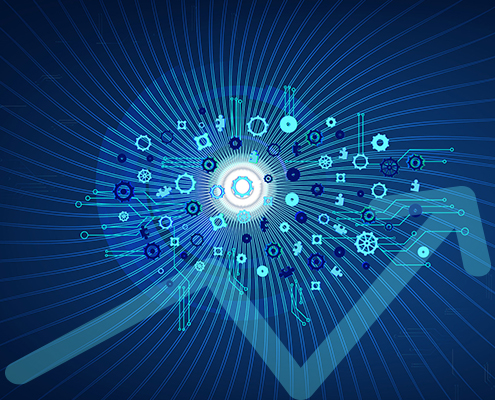 Smart Camera Trend in the Future

Over the years, there has been a great increase in the demand for smart cameras. Thus, the global smart camera market is projected to witness an increase between 2017 and 2024 with a projected CAGR rate of 18.2%, hitting a staggering $6.2 billion. The Asia-pacific region as well as North America are projected to be the primary drive for this growth.

This substantial growth and progress in this market is not unconnected to the advance and versatility of smart cameras as well as the many opportunities that come with their use with specific regards to system integrators. In contrast to the build of a traditional machine vision camera, a smart camera puts together a more advanced system of functions incorporating an image sensor, processor and I/O in a single casing, which is mostly just the same as the size of a standard industrial camera.

To go along with these cameras are a set of machine vision software tools, often developed by the manufacturers of the same or involving a third party licensing. These will allow for programming of the camera through a graphical user interface (GUI), enabling a plethora of computational tasks.

While the definition of the component parts of a smart camera is often relative, it is worth being noted that almost entirely all cameras as are sold in the industrial vision market place bring to bear some form of intelligence, regardless if they are, or are not sold as smart cameras. This is born out of the intrinsic need to perform certain characteristic processing functions on captured images prior to its conveyance for further processing on a computer. One of the key differentiating factor between cameras that feature the same sensor is the firmware processing capabilities.

In order to perform this characteristic processing tasks and functions, the various types of industrial cameras as are available today, feature certain hardware including field programmable logic array (FPLA), which functions with other firmware to bring about improved functions including gain correction, noise pattern correction as well as decimation/binding and compressive tasks. These cameras are often able to stand alone and not add any additional load on the PC and often come with in-built RAM for storing captured images. This comes in handy in a situation requiring that a great number of images be shot at the same time. In general, RAM brings about an improvement in data stability which is an important fact for consideration.

Complexity Increase
There has been a lot of improvement in camera design in the past years, with camera designers constantly updating their designs with further processing power and adding a lot of exciting features that improve user experience in a whole lot of ways. An early approach in furtherance of this dream of putting highly adaptive and flexible cameras out there was to integrate a low-cost, multi-core processor into the camera. Although they may be certain restrictions on their abilities, they have often found much greater use in machine vision applications such as barcode scanning and gauging.

Deep Learning Delves Deeper
The prospects of increased improvement with much emphasis on what the camera can, or cannot do will only continue to be unfold with time, however, one concept that is capable of bringing marked significant improvement in the long run, is that of deep learning. According to research, the idea of deep learning for machine vision is rapidly gaining traction and is consequently becoming a disruptive trend in the market. It involves running deep neutral networks with a dedicated system on chip (SoC).

Other analysts are of the opinion that given the demanding nature of Artificial Intelligence (AI) applications, it may be beneficial to leverage the power of Graphic Processing Units (GPU), to aid in the acceleration of processing tasks including those used by neutral network systems for deep learning. The problem however lies with creating a GPU which will be just powerful enough to function within the confines of the smart camera. When it comes to performing advanced image processing, SoC devices often present a range of integration functions. The malady will however remain to create an SoC which features just the right functionality mix.

The combination of GPU and FPGA in the smart camera may be much suited to the task when considering AI applications that leverage deep learning technology. There are vendors who already offer the ability to perform certain functions including but not limited to the ability to automatically categorize image content using deep learning techniques which inherently run in mainframe CPUs, consequently eradicating the dependence on third-party neutral network machine vision libraries and also the requisite need for specialized GPU hardware.

As you could realize it will be a lot benefits to select closed source software as Innomiles.  Come to reach us for further information sales@innomiles.com

Innomiles International Expands its Business to Africa
Scroll to top